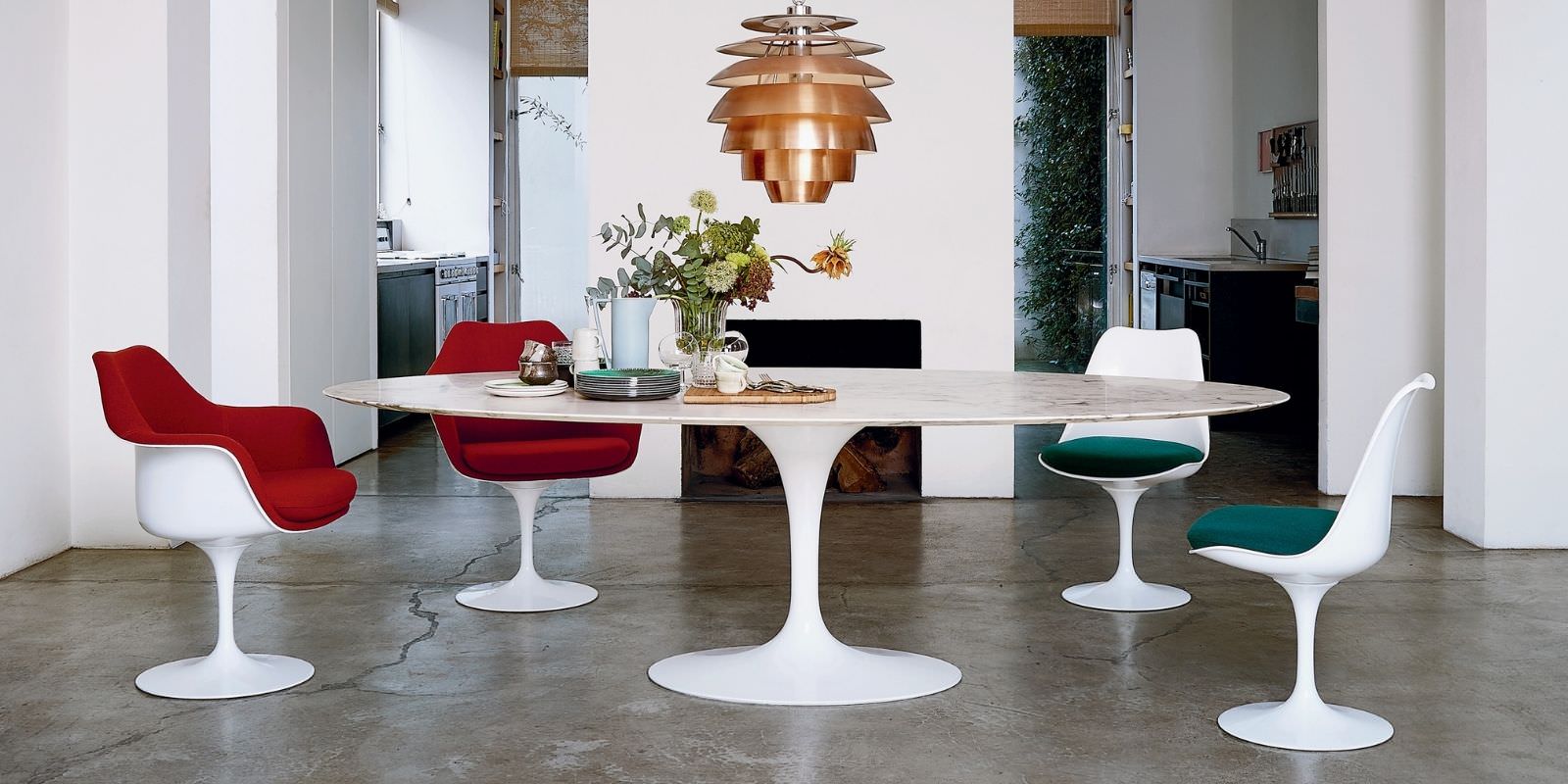 We love great design. We have always believed that nothing compares to the tactile and visual experience of discovering your very own individual style and we understand how furniture plays an integral part of your family's life every single day and how the pieces that you choose shape your home, your mood and the way you live.

Whilst we make our preparations to open, we wanted to share with you some of the exciting new arrivals and iconic collections at Heal’s, Redbrick.

We will look forward to welcoming you back soon.

The Barcelona Chair, designed by German-American architect Ludwig Mies van der Rohe, has become one of the most recognised design pieces of the last century and  iconic design of the Bauhaus era.

The acclaimed designer created his own twentieth-century architectural style, stated with extreme clarity and is regarded as one of the pioneers of modernist architecture.

Exuding a simplistic elegance that very much epitomises Mies van der Rohe's most famous expression “less is more”, each Barcelona piece is a tribute to the marriage of modern design and exceptional craftsmanship. 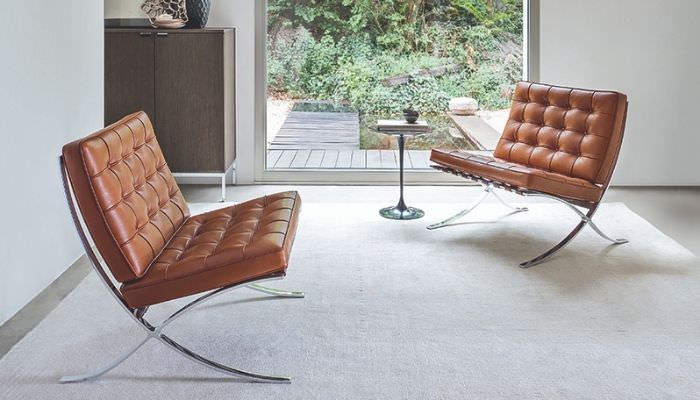 Barcelona Chair by Knoll at Heal's

Designed by Eero Saarinen in 1955 for the Knoll Company, New York. As with many contemporary architects, Eero Saarinen was challenged by furniture design and in particular the chair, architecturally renowned for presenting aesthetical and structural problems.

Saarinen's objective was to resolve the “ugly, confusing, unrestful world” that lay underneath chairs and tables, and he notably achieved that by designing a chair that could be “all one thing again”.

The iconic Tulip Chair was designed to match the complementary dining table and is often considered space age for its futuristic use of curves and artificial materials. An accomplishment of modern design and a timeless addition to the furnishing industry with its everlasting style statement.

“The undercarriage of chairs and tables in a typical interior makes an ugly, confusing, unrestful world. I wanted to clear up the slum of legs. I wanted to make the chair all one thing again.” 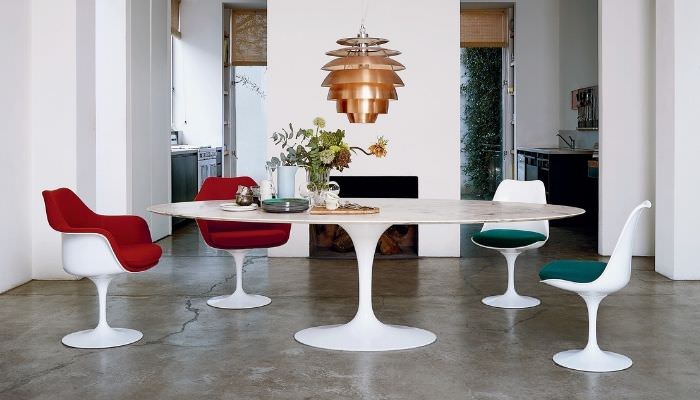 Exclusive to Heal's, the dimmable Circa LED Pendant is a beautiful design that lends itself to modern schemes. Elegantly crafted from steel and aluminium, the two hoop pendants are suspended from a clear Teflon cable that can be easily adjusted to any height or angle. Each pendant houses an infinite LED ring, with the larger hoop illuminating outward and the smaller hoop illuminating inward. 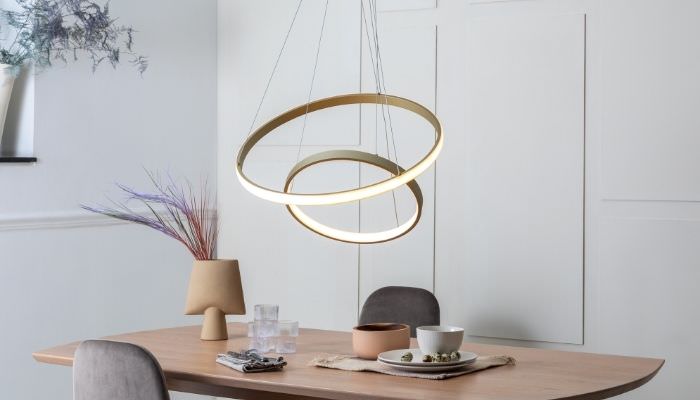 The Togo sofa, designed in 1973 by Michel Ducaroy, who had been with Ligne Roset since the Fifties, broke the mould with this flexible creation, inventing the first all-foam-filled sofa, with no frame or sharp edges in sight.

The Togo which was described as a 'tube of toothpaste folded over on itself and closed at both ends' was an instant success.

Instantly recognisable from its distinctive shape and colours, this is a sofa dreamt up especially for afternoon siestas or lazy evenings. Its design has become a cult classic and remains a true design icon and is as popular – if not more so – as when it was released in the early seventies. 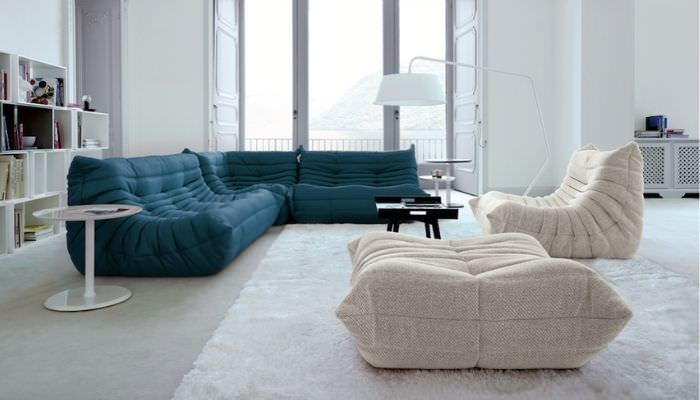